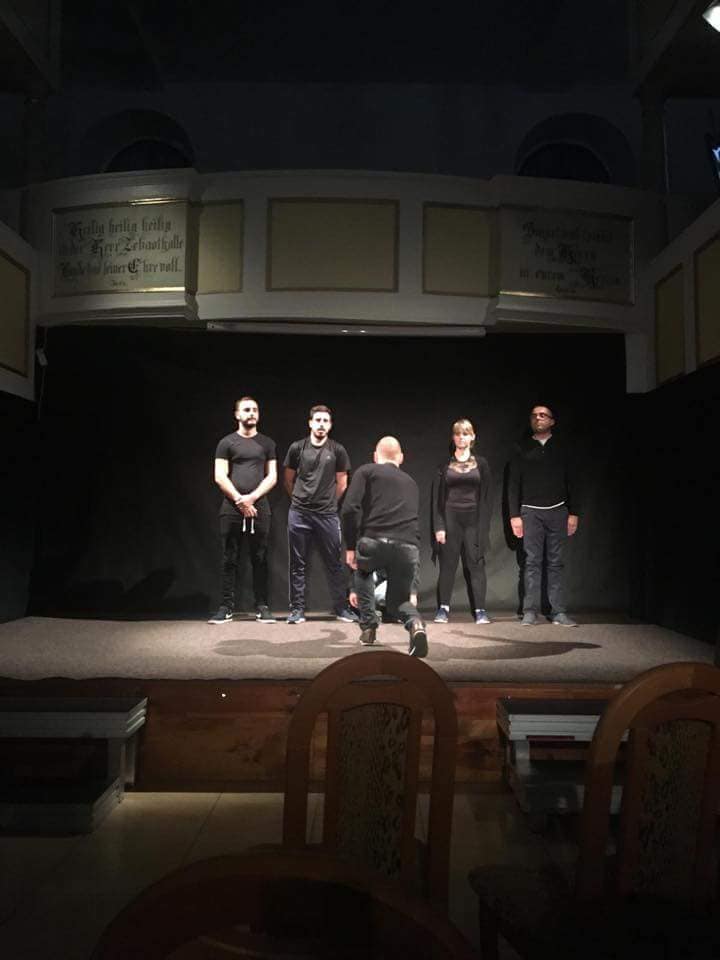 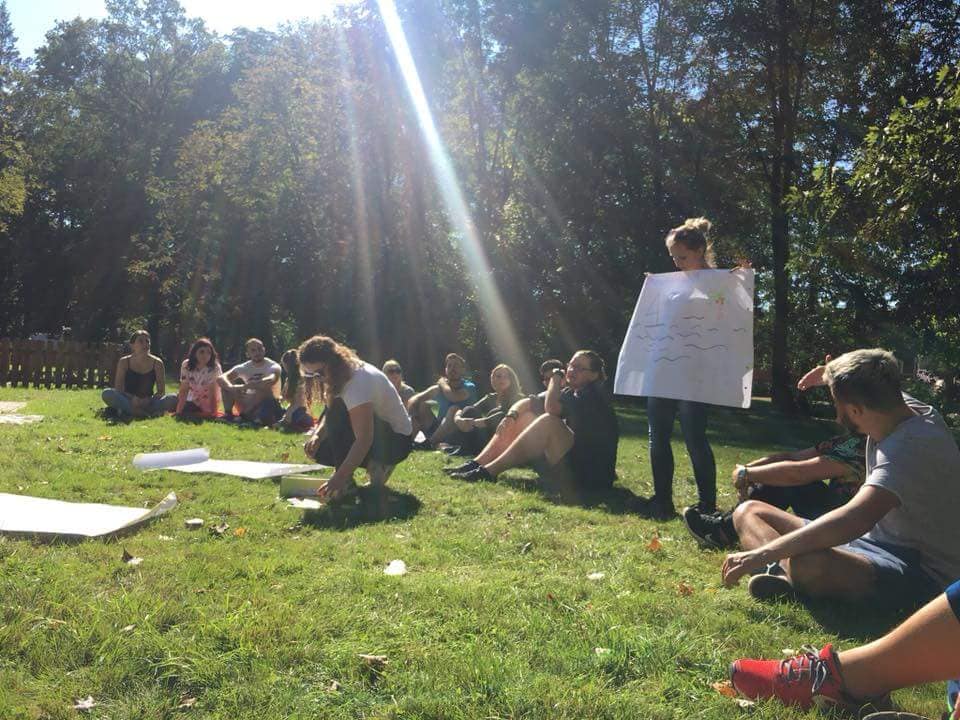 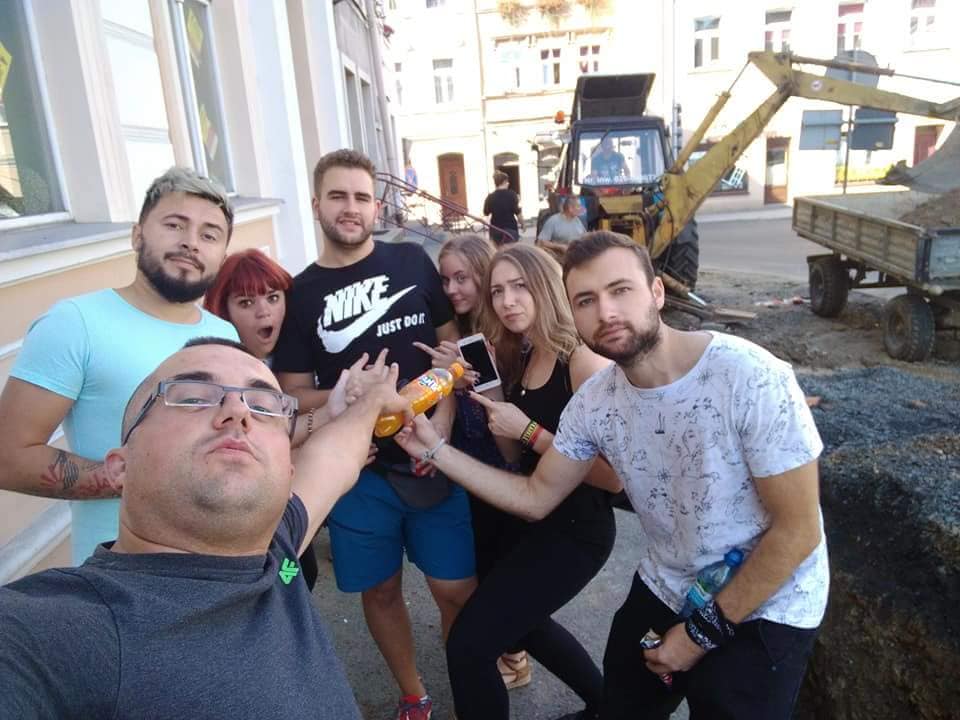 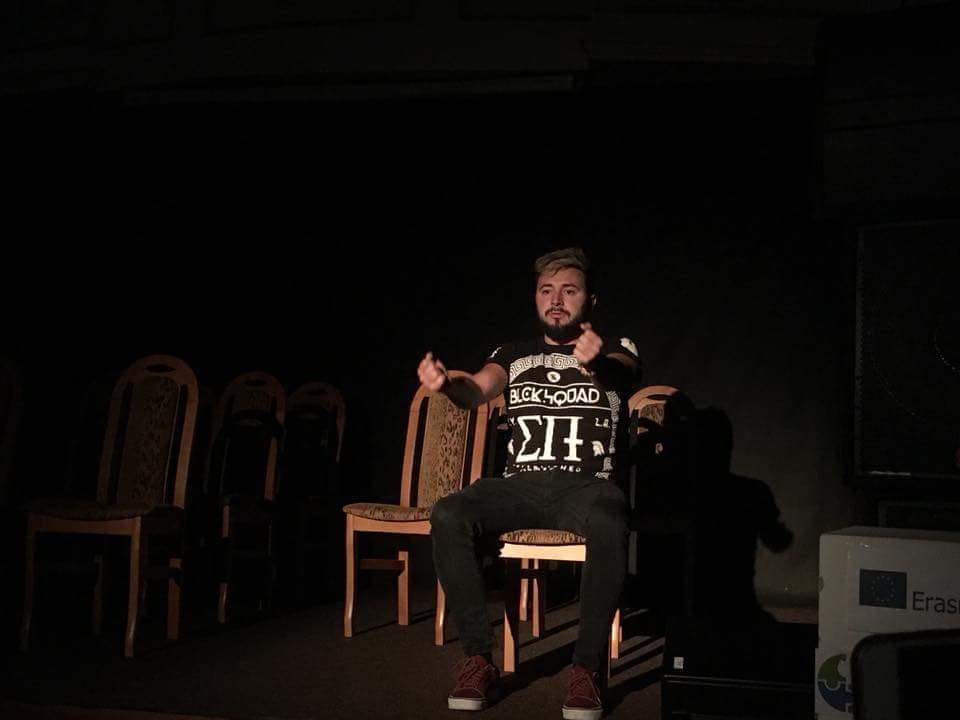 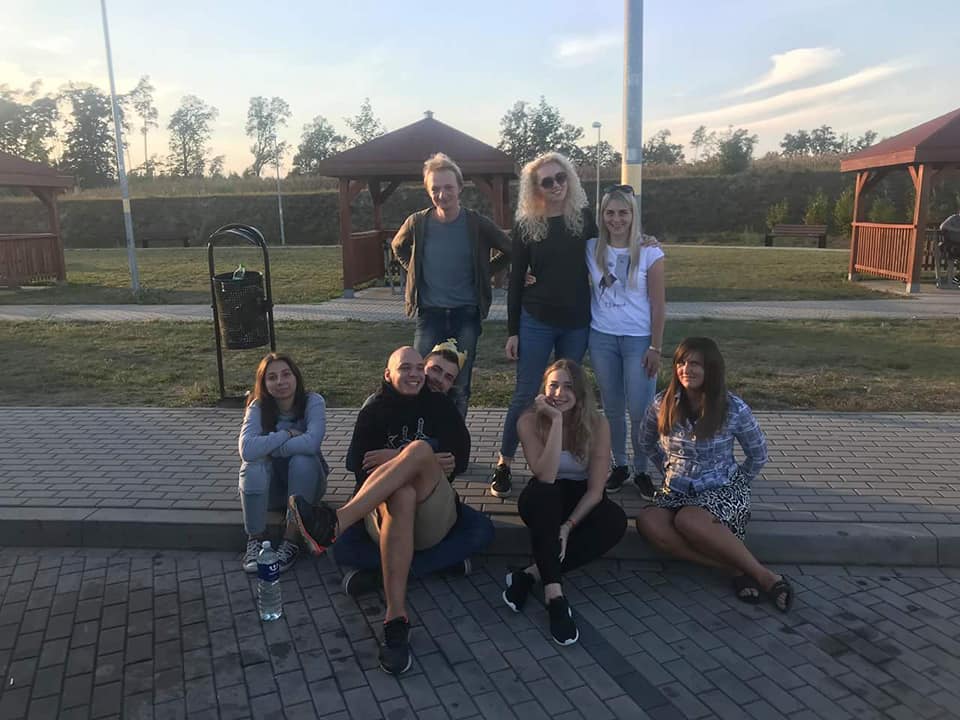 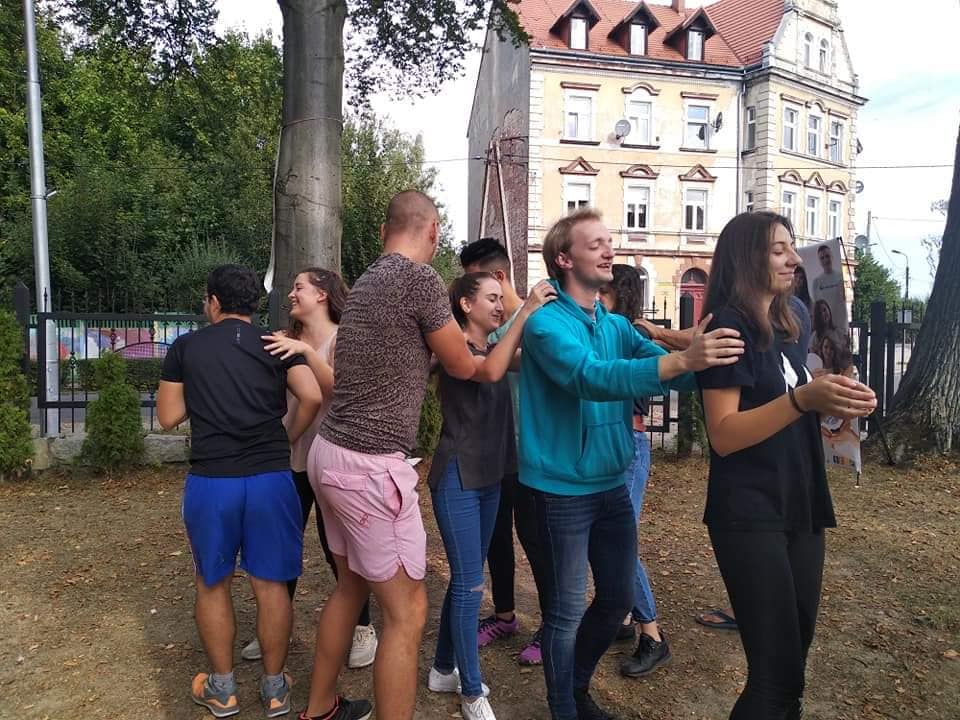 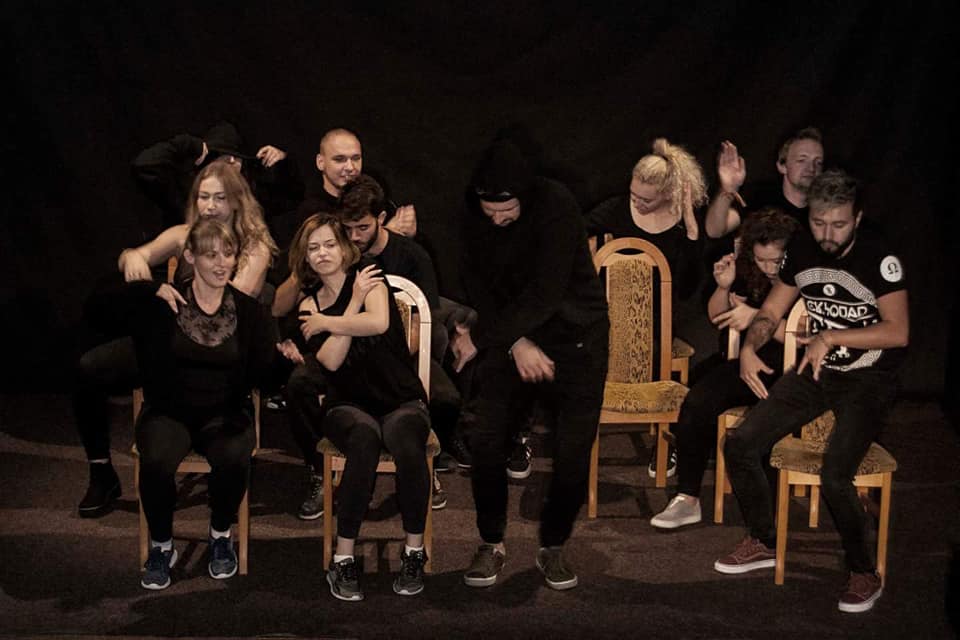 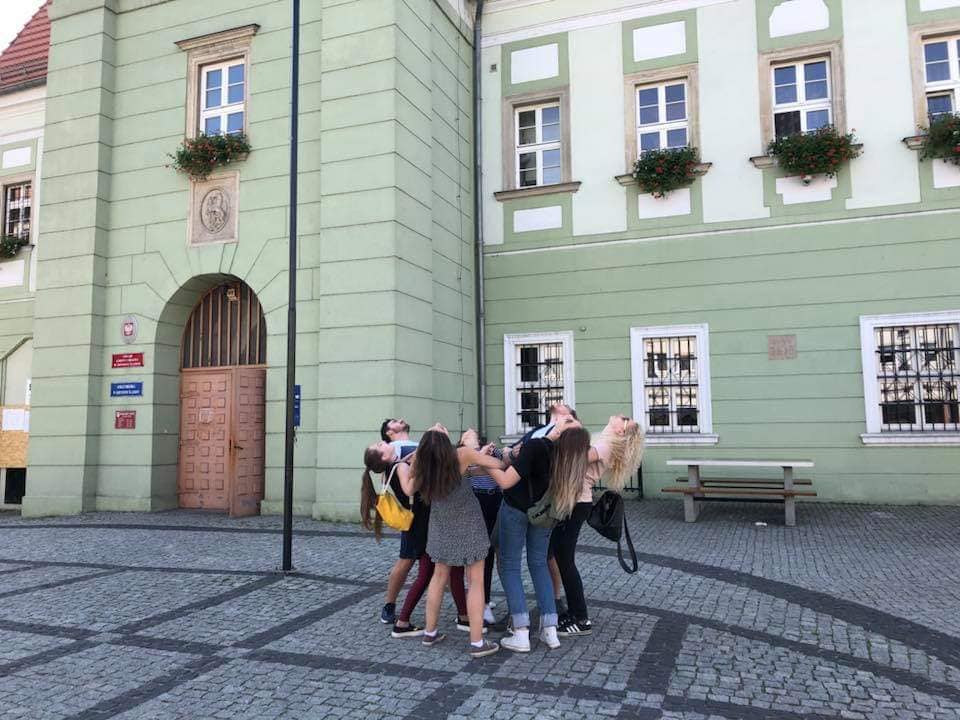 Once upon a September, a group of Lithuanians travelled to a mysterious little Polish town called Gryfów Śląski. There awaited a wondrous adventure full of emotion and drama.
People came from four faraway lands: Spain, Romania, Poland and Lithuania to create something emotional – a performance.
So the week of experimentation had begun. Everyone participated in various drama exercises. At some point they were driving bus, at another dancing as an African tribe and of course fighting a dragon.  After days filled with dance, songs and hard work came a moment when our heroes needed to prepare for the final adventure – the performance. But there was a slight problem, the locals didn’t understand English. The team gathered under the (surprisingly hot) polish autumn sun and devised a plan. They would use what they learned and do the wordless exercises for the show. The locals would experience the universal language of emotion through song, dance and body language.
The performance took place in a nearby village for a small community. It was the fruit of this project and the moment where our heroes gave their all. The villagers were pleased with a unique and well executed performance so the participants were awarded with loud applause and everyone lived happily ever after.
The end.
But seriously…
On the 16-24 of September we travelled to a project called "Communiacation with heART". We learned many things, made many friends and had a blast!
​